In Salvador, ATMs are your friend.

Salvador still relies heavily on cash; while most restaurants take credit cards, if you want to catch the bus, take a taxi, pay for a dance or percussion class, buy a coxinha, or get a beer on the beach, you will need to have cash. Sure, there are a couple of street and beach vendors that have portable credit card readers, but they are few and far between.

What ATMs can a Foreigner Use in Salvador, Brazil

As a foreigner, you are limited to two banks in Salvador— Banco do Brasil and Bradesco. While two banks may sound quite limiting, there are branches all over the place, so it’s not quite as bad as it sounds.

Bradesco has a daily limit of 2,500 reais per day. Sometimes you are limited to smaller withdrawals per transaction — which seems to depends upon the bills available in the machine. But, you can stay at the machine and do multiple transactions without a problem until you get to 2,500 reais. The machine you are at will always tell you at the top of the screen what the transaction limit is.

Banco do Brasil has a daily limit of 500 reais — which drops down to 300 in some places, like the Pelourinho, after dark. Yes, I have done it, and yes, I was with a very large local. And no, you can’t go to multiple Banco do Brasil branches and try to get out more — not that I’ve ever tried that in a fit of desperation.

Even though Banco do Brasil has a smaller daily limit, one of the things I really like about Banco do Brasil is that most of the time the ATM will ask you how you want your bills. While this doesn’t seem like much, the ATMs here stock 50 and 100 note bills, which are just as difficult to break as 50 or 100 dollar bills in the States. So, for example, if you are taking out 200 reais, the ATM will let you choose between a 100 and two 50-note bills OR a 50, five 20s, three 10s, and four 5 note bills. Always, always, always take the smaller note bills — trying to get more than 20 reais in change is a non-starter most places.

Unless you are arriving with reais or have arranged for a car that accepts a credit card, you will need to get cash before leaving the airport. Fortunately, the Salvador airport has a couple of Banco do Brasil machines.

Assuming you come in through domestic arrivals, you will exit the baggage area and there will be a very long hallway running left to right. Turn left and head down the long hallway. it’s a bit of a hike, but it’s there. You won’t see many travelers heading that way, but there are some government offices and I always see police officers patrolling. From there, you can safely get enough money for your taxi ride and dinner — 100 reais will easily get you Barra, Rio Vermelho, or the Pelourinho/Santo Antonio. 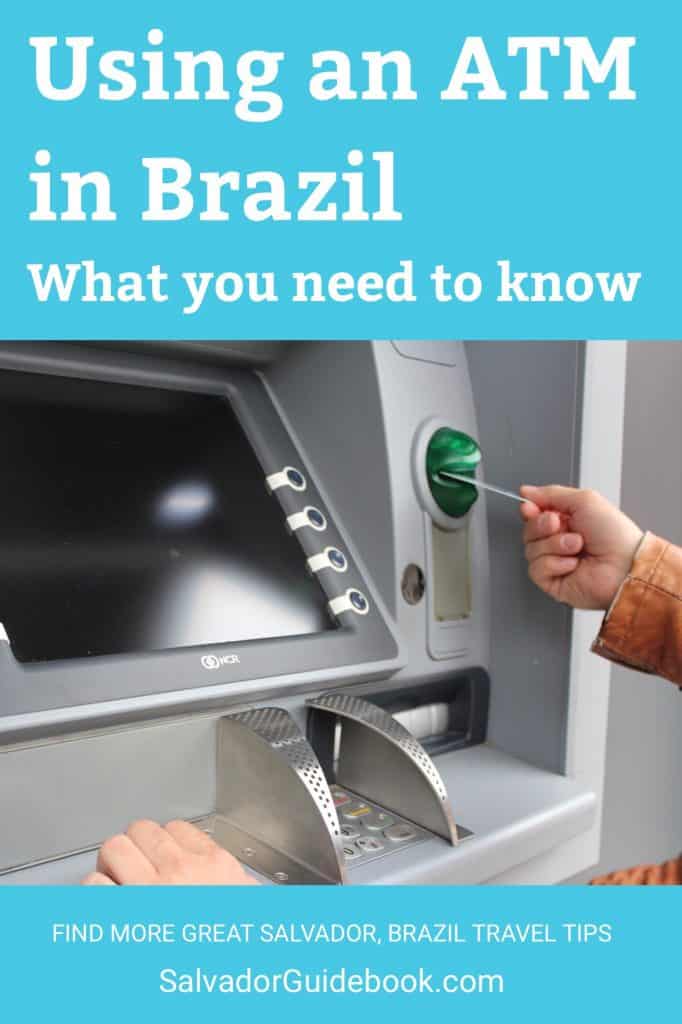 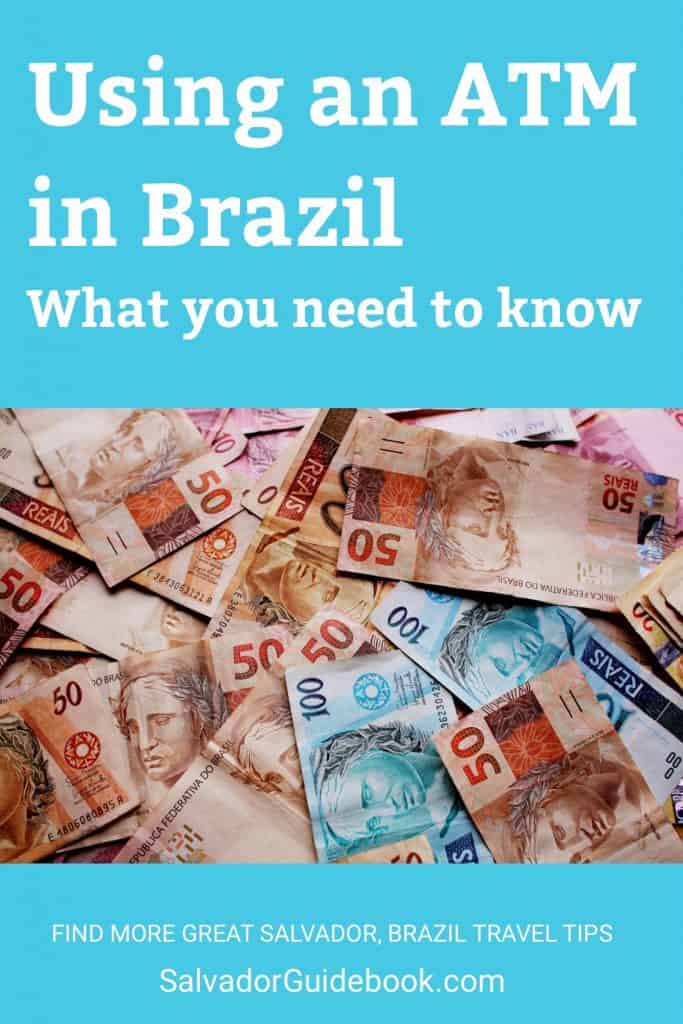 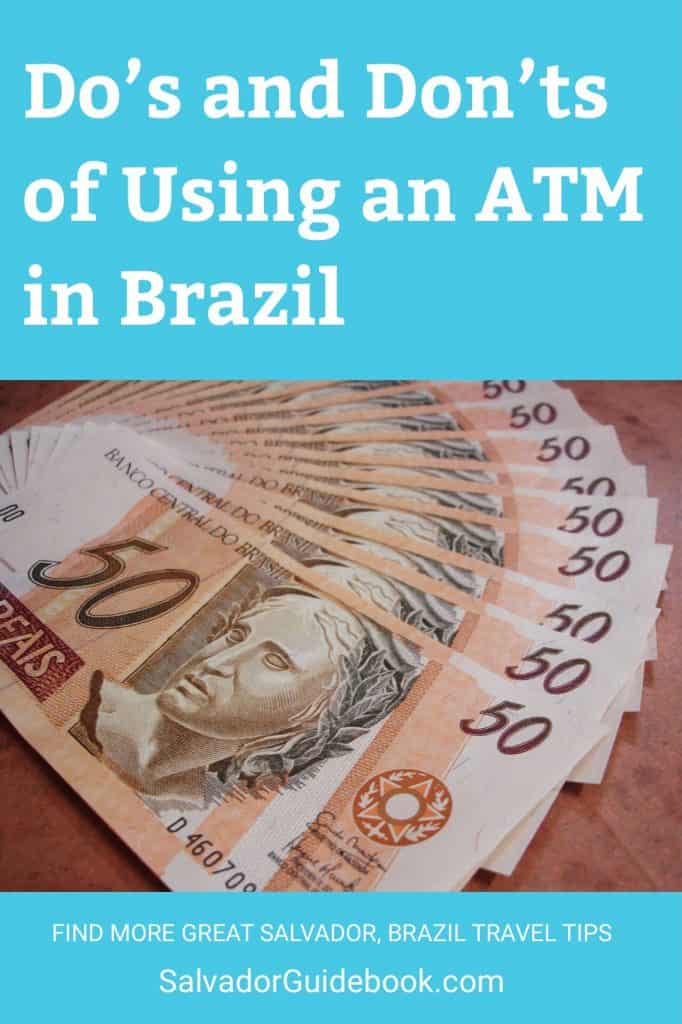 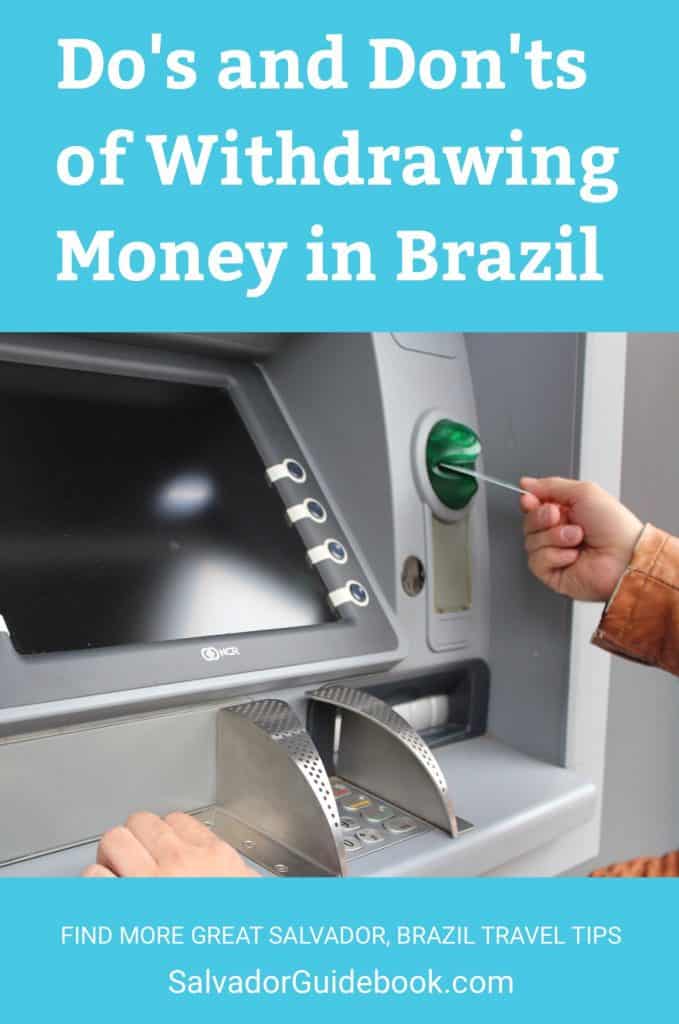